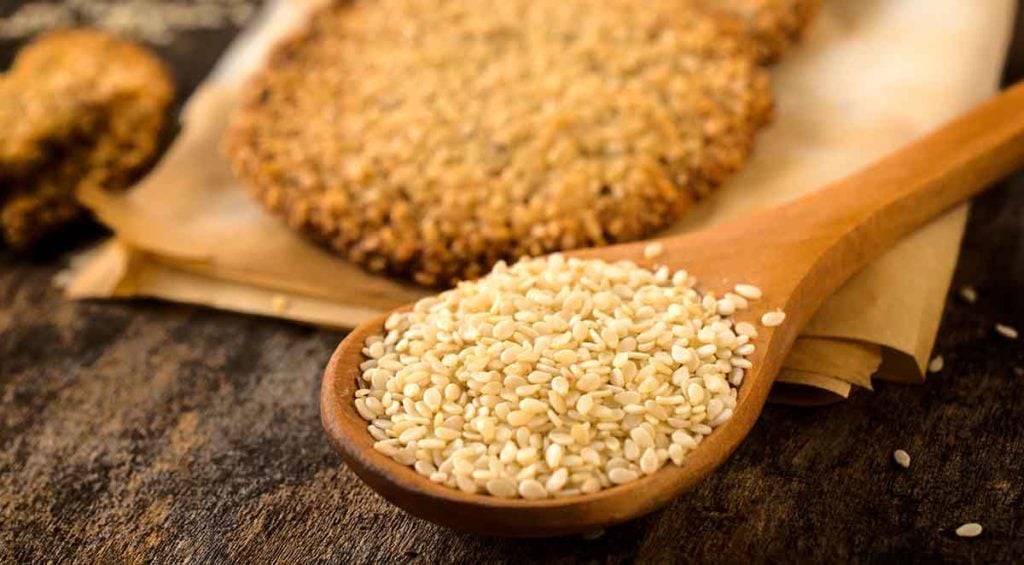 The “Food Allergy Safety, Treatment, Education and Research (FASTER) Act of 2021” is now law. President Biden signed the FASTER Act into law on April 23 after both chambers of Congress approved the legislation.

The legislation improves the health and safety of those living with food allergies. It requires food labels to list sesame as an allergen.

Why is labeling of foods containing sesame important?

Sesame is often hidden in foods. It can pose a serious health risk to those allergic to it.

The Food Allergen Labeling and Consumer Protection Act (FALCPA) requires the major food allergens to be listed, in plain English, on food labels. The top food allergens include:

Thanks to the FASTER Act, sesame now joins the list of major food allergens.

How common is sesame allergy?

Sesame allergy is often called the ninth food allergen. It is estimated to be as common as soy and fish allergies, and some tree nut allergies.

Approximately 1.5 million people in the United States have sesame allergy, according to the National Institutes of Health. It’s common among U.S. children with other food allergies, occurring in 17% of this group. Severe allergic reactions to sesame are common among children. An estimated 20-30% of children will outgrow their sesame allergy.

Sesame allergy is growing at a faster rate in the United States than other food allergy. Many believe this is due to the increased prevalence of international cuisine on American plates.

Sesame allergy has increased over the years in part due to the growing number of products containing sesame seeds and sesame oil. These include:

Now that the FASTER Act is law, what’s next?

The FASTER Act goes into effect on January 1, 2023. That’s when food manufacturers will be required to include sesame on food labels and list it in plain language as a potential allergen.

Between now and Jan. 1, 2023, the U.S. Department of Health and Human Services is required to do a thorough review of food allergy prevention policies, treatment options and research. They are also required to establish a regulatory process and framework to determine how food can be classified as a major food allergen.

This is important because it could open the door for other less-common food allergens – corn, mustard, sunflower seeds and poppy seeds, for example – to be listed on food labels. Many other countries, including Canada, the United Kingdom and Australia, list more allergens on food labels than the United States.

What should I do until the FASTER Act sesame allergy law goes into effect?

If you are diagnosed with an allergy to sesame, it’s important to stay vigilant and avoid products that contain sesame ingredients or products that may contain traces of sesame.

In November 2020, FDA took steps to help people allergic to sesame. It issued draft guidance encouraging food manufacturers to voluntarily include sesame in ingredient lists on food labels.  So, you may begin to see ingredient statements that list sesame voluntarily. But this is not yet required, so don’t assume that all food manufacturers will follow voluntary guidance.

How do you read a label for sesame allergy?

Some ingredients to watch for:

The tricky part about sesame allergy is that sesame may be listed under a variety of names including generic terms like “flavoring,” “spices” and “seasoning.” Each of these terms may mean sesame is hidden in a food.

Traces of sesame may be present if you see an advisory statement (also known as precautionary statements) for sesame on a package. One example is “may contain sesame,” though there are many other variations. Check with your allergy specialist to determine whether you should avoid foods with advisory statements for sesame. Advice can vary depending on the particular allergen and the individual with the food allergy.

What are foods to avoid with a sesame allergy?

Sesame is commonly found in Middle Eastern, Indian and Asian cuisines; it also offers protein in vegetarian dishes. Sesame can be found in:

What are symptoms of sesame allergy?

Allergic reactions to sesame can be severe. Symptoms can include:

People diagnosed with severe sesame allergy should always carry two epinephrine auto-injectors in the event of an accidental exposure.