Skiing Is Believing: Managing Asthma On the Slopes 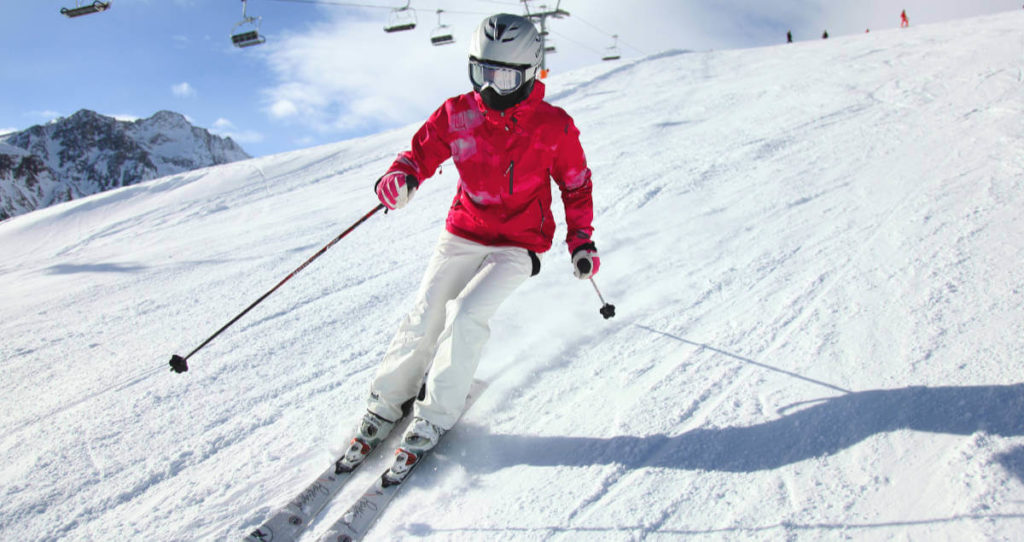 Brett Wydysh stand poised atop a Utah mountain slope shrouded in glistening snow. He takes a deep breath … and pushes off. Ah, the adrenaline rush. The swoooosh and swerve. The exhilaration.

Ski poles tucked in, Wydysh accelerates. He breathes in the air all around him as he glides down the mountain, a peace of mind enveloping him – as it has countless times before.

“It’s a floating feeling. A sense of freedom,” Wydysh says.

The Ski’s The Limit

Wydysh’s passion for skiing knows no bounds. It wasn’t always that way. Diagnosed with asthma as a child, he grew up in upstate New York with a love for the outdoors, but pollen and mold kept him from breathing easy and worsened his symptoms. He also has exercise-induced bronchospasm, or EIB.

In 2006, Wydysh was working as a respiratory therapist at Massachusetts General Hospital in Boston when he decided to escape the allergens that were worsening his asthma. Noting that his symptoms improved in the winter but worsened in the springtime, Wydysh searched for a cool climate and settled on Salt Lake City. He accepted a position at University of Utah Hospital.

“The second I moved to Utah, my asthma symptoms improved,” he says. “My allergens were very regional to upstate New York. I haven’t felt any limitations due to the high altitudes in Utah, either.

“I find that if I maintain my cardiovascular fitness, it helps a lot in keeping my asthma under control in high altitudes. Running, biking and even hiking helps get me acclimated to high altitudes. If I’m not acclimated, that’s when I’ll experience symptoms. It gets colder and drier higher up and that tends to exacerbate my asthma.”

Wydysh is often skiing at Snowbird and Alta mountains east of Salt Lake City. He volunteers as a ski coach for kids.

Prior to a skiing adventure, Wydysh makes sure to use a quick-relief bronchodilator to control his asthma. He stretches and jogs lightly for 15-20 minutes and makes sure he’s well hydrated.

“For me, a good, slow warm-up is really important on days when the snow is powdery and the skiing is fast,” he says. “That’s when the excitement level is high and my breathing is elevated.”

Wydysh says he feels no limitations while skiing. His asthma does not hold him back. “Maybe that’s the reason why I love it so much,” he says.

He’s not the only one.

Jake Cohn has a similar passion for skiing – so much so that he became a professional free-style skier, competing around the world as part of the International Free Skiers Association.

Cohn grew up in Telluride, Colorado, with severe asthma. Early in life, he frequently needed oxygen to help him breathe. His parents took him to asthma specialists at National Jewish Hospital in Denver, where he was prescribed inhaled corticosteroids and given a comprehensive treatment plan.

Cohn first tried skiing at age 2 and fell in love with it. His parents encouraged him. As he grew more comfortable on skis, he constantly challenged himself and excelled at free-style – a form of skiing that includes performing somersaults and twists in mid-air. By age 10, he was competing in regionals with the Telluride Free-style Ski Team.

When it came to managing his asthma, Cohn admits he was careless. He sometimes ignored taking the daily medication. He wanted to be viewed by his peers as “normal,” and not through the lens of asthma.

“In my teen years, I wasn’t as proactive with my asthma as I should have been, so whenever I got sick it would lead to a chest infection,” he says. “I always thought I would outgrow asthma, but I never did.”

His mindset changed in 2007. Recovering from a mild cold, Cohn, then 19, suffered a severe asthma flare and was hospitalized. A spirometry test revealed that his lungs were functioning well below capacity.

“It really opened my eyes,” he said. “I knew I had to change what I thought about asthma and be more consistent about treatment.”

Now Cohn unfailingly follows his doctor’s Asthma Action Plan, including stepping up medication when he develops a severe cough. He takes an inhaled corticosteroid daily to prevent symptoms and he carries a quick-relief bronchodilator while skiing. And he uses a peak flow meter to monitor his breathing and help predict when an asthma flare might occur.

“My asthma is really set off when I get a cold – that’s my trigger – so prevention is crucial for me,” he says. “If I’m sick or coughing, exercise and cold can only make my symptoms worse.”

Now 25, Cohn says his asthma is well under control. He lives in Whistler, British Columbia, and travels the world on the professional free-style skiing circuit.

“Just because you have asthma doesn’t mean you can’t ski, snowboard or play sports,” Cohn says. “Asthma should not hold you back from what you love doing.”

Adds Wydysh: “As long as your asthma is under control and you’re proactive about your care, there really should not be restrictions to what you can do. Meet with your doctor and develop an asthma action plan. Then, get out there and try it. For me, it’s not worth it to stay inside all the time. I live to go outside, breathe the fresh air, and explore.”

The Air Up There

Many medical experts believe it’s the dryness in cold air – and not the cold air itself – that triggers asthma symptoms in people with the disease. When people with asthma or exercise-induced bronchospasm (EIBB) rapidly breathe in cold, dry air, it can sap the humidity from mucus membranes lining the airways, leading to inflammation and constriction.

Asthma and EIB are more prevalent among cross-country skiers because it demands a longer period of exertion than downhill skiing. (Cross-country skiers must propel themselves forward on flat terrain using ski poles.) People with asthma often do better with short sprints than long runs.

“With cross-country skiing, there’s a higher ventilation rate of breathing and there’s a lot of heat and water loss from the airways,” explains William S. Silvers, MD, clinical professor at the University of Colorado and an allergist with Allergy, Asthma and Immunology Clinic of Colorado.

Dr. Silvers adds: “Adults and children with asthma should not fear skiing – or any cold-weather sport, for that matter – as long as their symptoms are well-managed.”

He advises skiers with asthma to:

Always talk with your doctor about your asthma and devise an Asthma Action Plan before heading to the slopes – especially if you’re a first-time or novice skier or you were recently diagnosed with asthma.