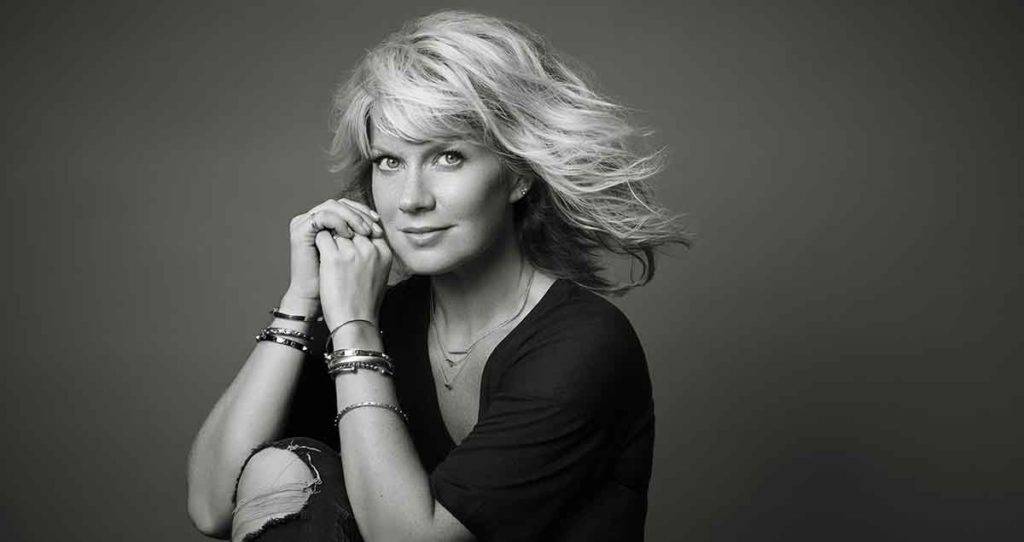 Hearing those words from her 8-year-old daughter Gracie, Natalie Grant turned to see that, in addition to her labored breathing, her lips were turning blue.

It was two days after Christmas 2015 and the Grants were in Seattle visiting family for the holidays. Gracie had been diagnosed with pneumonia earlier in the week. Despite undergoing breathing treatment and taking antiviral medications, her asthma was worsening.

Natalie and her husband Bernie rushed Gracie to Seattle Children’s Hospital, where she was admitted to intensive care. Doctors told them Gracie had developed respiratory syncytial virus (RSV) in addition to pneumonia and her right lung had collapsed.

Gracie spent four days in the hospital recovering from the illness. Through it all, Natalie – a Nashville-based Christian singer-songwriter with 10 albums and four Grammy nominations to her credit – reached out to her community of fans on social media for their thoughts and prayers.

Natalie recently spoke with Allergy & Asthma Network about Gracie and how the support they received helped their family during this difficult time.

Q: When was Gracie first diagnosed with asthma?

Natalie: Gracie was diagnosed with asthma when she was 6 years old. I had zero experience because I had never really been around someone who had asthma. Gracie had never shown any signs of it before.

I remember she was at a friend’s birthday party with her twin sister and it was in the middle of August, so it was really hot and humid. I went to pick them up from the party and they got in the car and Gracie said, ‘I feel like I can’t breathe.’ And I said, ‘Well, you’re probably just hot. If you keep drinking water, you’ll be fine.’

When we got home, she was on the couch really struggling to breathe. She was really listless and not herself – I’d never seen her like that before. So I took her to the emergency department and that’s the first time anyone ever used the word asthma as it pertains to Gracie.

We followed up with our pediatrician. She was given an inhaler to use daily and she was doing a lot better. But, even as her mom, I really didn’t have a good grasp or understanding of how serious asthma is. You often hear, ‘Oh, kids outgrow asthma.’ I think that sometimes causes parents who may not be exposed to the reality of asthma to not take it as seriously as they should. While it’s hard for me to admit, because I try to be the best mom I can, I definitely fell into that category.

When we ended up in intensive care last December, I feel we got there because I didn’t have a grasp on how serious asthma is.

Q: How did you educate yourself and your family on asthma?

Natalie: The doctors and nurses at Seattle Children’s wouldn’t let us leave until we sat down with them to talk about Gracie’s asthma. They really gave us incredible information. On two different days we went through training on how to recognize asthma symptoms, on her peak flow reading. I didn’t even know what a peak flow was until then.

Q: How did reaching out to your social media community support you and your family?

Natalie: It was incredible. As a recording artist, I obviously have a different kind of social media platform than most parents do. For me, I decided that I would use it as a way to talk about my life, talk about my struggles as a mom, talk about my doubts and my questions. As a result, I developed a really strong following because people know it’s really me.

I saw the payoff on that when I shared the news of Gracie’s condition with my followers. The post reached 13 million people.

It was not only overwhelming and inspiring but also educational because so many people whose children struggle with asthma were encouraging, giving us advice and things we should be looking for.

Q: You asked your social media community to pray for Gracie. Did that provide comfort?

Natalie: I’m a big believer in prayer. It’s a matter of faith. When Gracie was in intensive care, she had shown a little improvement after two days but she was still struggling get her oxygen levels up on her own. So I thought I would ask them to pray for her oxygen levels to improve.

My husband and I were taking shifts staying with Gracie at the hospital, and the next day I came in for my shift. They were both asleep and I looked at the oxygen monitor and her levels had risen back to normal. And it was a moment of, ‘Oh my gosh! Oh my gosh!’ I sat there in my chair and cried because this is exactly what I had asked for.

Q: Why is it important for parents of children with asthma to reach out to family, friends and community – online or off – for help?

Natalie: We were never meant to do any of this alone. We’re just not. Community is vital to every aspect of our life but especially when we find ourselves in an emergency. Too many people don’t spend time building relationships that can provide support, and when there’s an emergency, they think, ‘Oh, I can’t reach out now.’ And then they just don’t do it.

Oftentimes we forget how powerful the human spirit is. We don’t realize how much people care until we’re in the middle of a crisis. That was definitely true for me.

Q: So how is Gracie doing now and how is she managing her asthma?

Natalie: Gracie is doing well. She is on inhaled corticosteroids which she takes twice a day to help control her asthma. She has a ton of energy and her spunk is definitely back.

One thing we’ve noticed is that anytime she struggles with her asthma, she is convinced it’s going to get worse. So we’re working through that fear.

Q: What advice would you give to other parents of children with asthma?

Natalie: You are your child’s greatest advocate. Go and find out as much as you can about asthma. Keep asking questions. I learned that sometimes you have to lead your doctor instead of your doctor leading you. And then, empower your child to become his or her own advocate. We have taught Gracie how to take her medicine by herself and how to monitor how her asthma feels. I think that’s very important.